It's been awhile since I have posted on here, as life sometimes has a way of changing our plans when we are busy doing something else. I just wanted to post some beautiful flowers I saw at the conservatory in Detroit as few months ago. So here they are, as they did not disappoint. 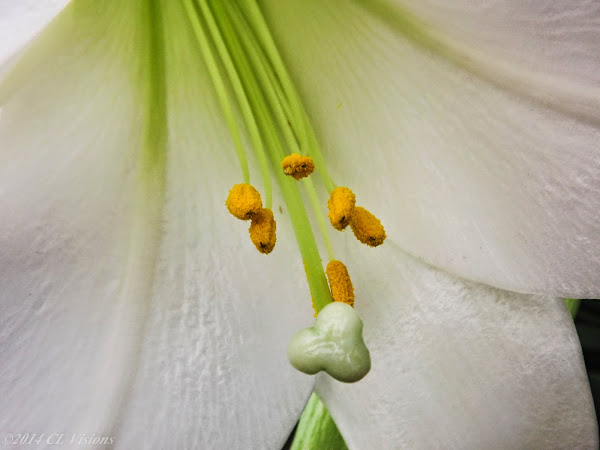 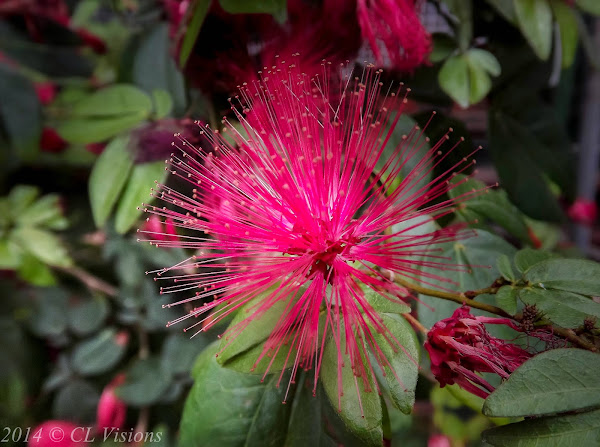 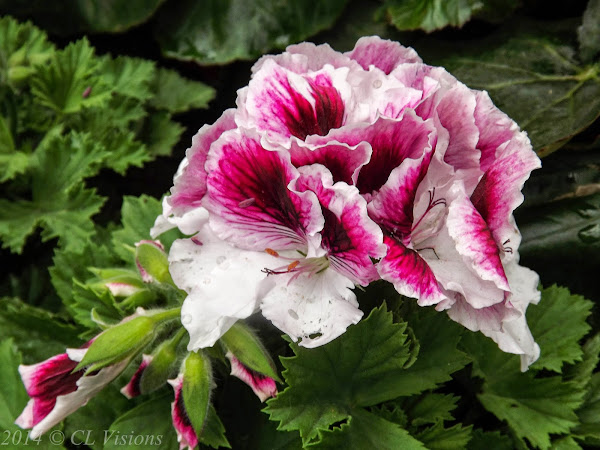 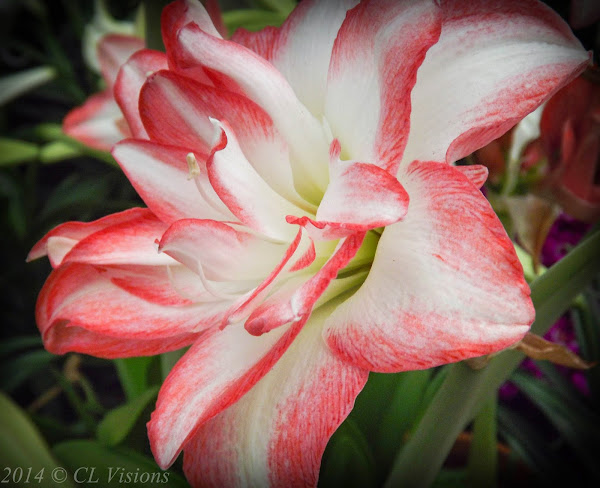 Posted by Unknown at 9:22 AM No comments:

Now that it's officially Spring, I've got the itch to go outside and see all of the changes in nature that will be taking place soon. It's still unusually cold here in Detroit, but I am optimistic that we will get warmer weather soon. Meanwhile, here is a beautiful Gerbera flower to remind me that there is much more to come, along with the warmer weather. Hope you enjoy and have a great weekend! 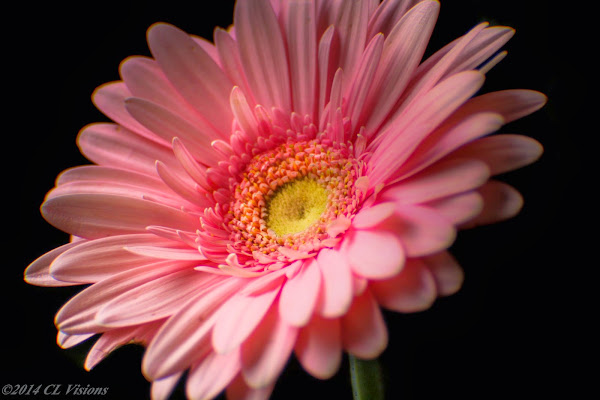 Posted by Unknown at 4:32 AM No comments:

Yesterday was the first game of the Detroit Tigers Season Home-opener! The people of Detroit love the Detroit Tigers and treat opening day like an actual holiday. Yesterday was especially nice for the fans because the sun was shining, the weather was beautiful, and most of all, the Tigers won the game against Kansas City. Here is a photo of the front entrance to Comerica Park where the Tigers play all of their home games. 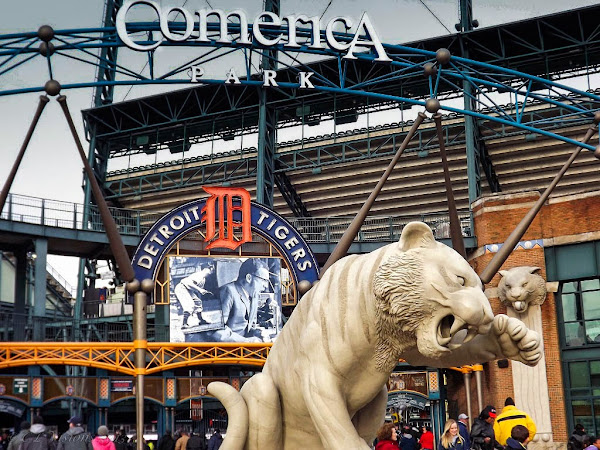 This next photo is a view of the Detroit skyline from the Detroit River. I made this photo a monochrome because I think it added a good symmetry to the GM Headquarters building which is chrome and mirrors. Hope you enjoy! 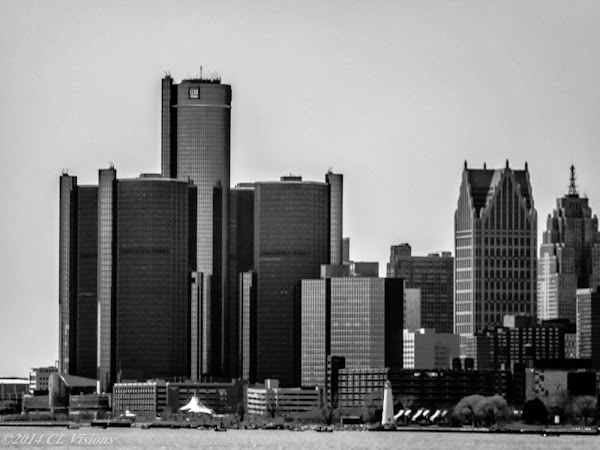 On Friday 3/21/14, shortly around 5 PM, Michigan became the 18th state in the country to legalize same sex marriage. A Federal Judge revealed his ruling that overturned the ban on same sex marriage, which had stood since 2004. On Saturday morning, several county clerk's offices around the state, opened their offices to accept applications for marriage licenses, and by 8:10am, the first legally same sex couple was married in the state of Michigan. In total, there were over 150 same sex marriage ceremonies performed yesterday. This is definitely history in the making! This is a photo taken a few weeks ago during the trial, at the federal courthouse, in downtown Detroit. There were picketers outside the courthouse each day that the trial was in progress. The trial started out as an equal rights trial for same sex parents and their children, to be recognized as a family, be entitled to health insurance as a family, etc. As of 5 pm yesterday, a stay was issued on the ruling, and now there is a halt to same sex marriages until a judge hears an appeal later this week. Stay tuned! 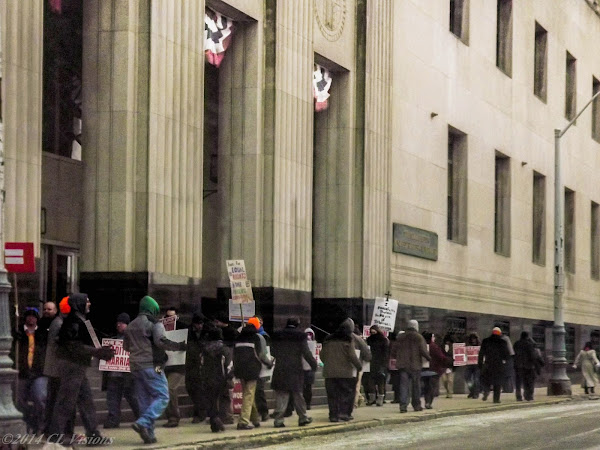 Posted by Unknown at 6:05 AM No comments:

Recently, I had a chance to visit the oldest Conservatory in the USA, which unknown to me at the time was right in my backyard. Ok, not literally in my backyard, but about 10 miles away in Downtown Detroit. I was looking for something to do with my Mom on yet another unbelievably cold day, so I decided to take her for a ride around Belle Isle. Belle Isle is an island park which is connected to the city, by way of a 19 arch bridge that spans across the Detroit River. We were driving around the vast island park, and came upon the Conservatory. I was happy to find somewhere warm and indoors to take my Mom. We went inside, and it was absolutely beautiful! The Conservatory contains exotic plants and flowers from all over the world. There were not as many flowers because of the time of year, but what we did see was beautiful! Here is a photo of the outside of the Conservatory, and I will post more of the inside soon. Enjoy! 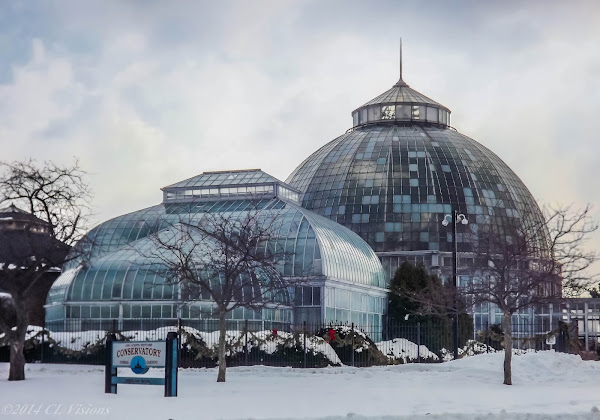 Posted by Unknown at 6:21 AM No comments:

I got my first point and shoot camera about 10 years ago. I always had an interest in photography, but my lover affair with photography began with that first P&S camera. I have a few of my photos from that camera that are still in my top favorites of photos that I have taken over the years. "Tangerine Dreams" is one of those photos. I took this photo on a visit to Naples, Florida, from the 5th floor of our hotel balcony. The sunset with the sailboat just cruising on the water made it a scene that will always be a souvenir in my mind, of that wonderful trip! 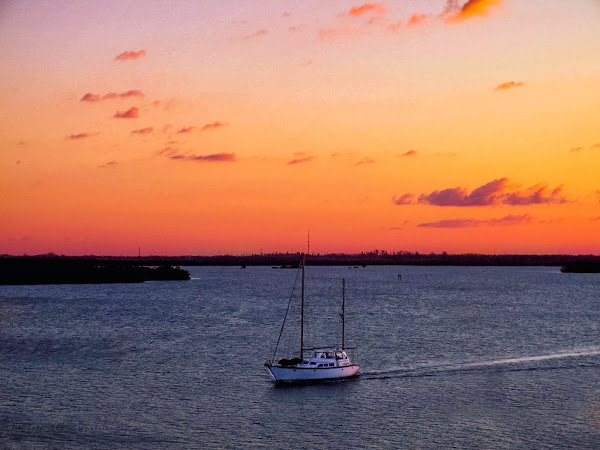 Posted by Unknown at 4:31 AM No comments:

Celebrating the fact that we are having a heat wave here in Michigan. The temperature has been 25 degrees for two straight days now! I'm being optimistic that the record-breaking cold is gone for the season, maybe just wishful thinking....Here is a photo that I took last Summer, where the flowers are growing towards, and basking in full sunlight. It warms me inside just thinking that Spring is right around the corner! So, TGIF, Happy Valentine's Day, and enjoy your weekend everyone! 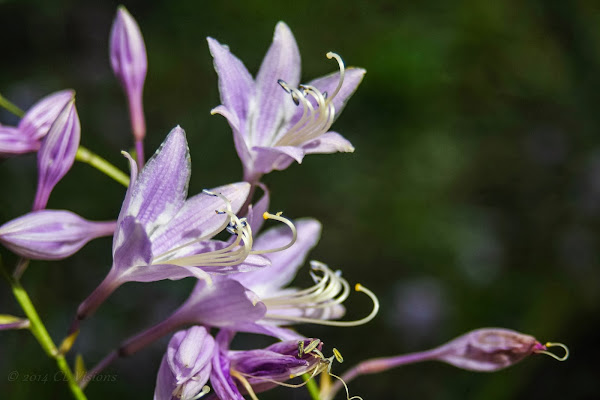 Posted by Unknown at 5:10 AM No comments: